Dremel are the world leader in tools for the hobby market. Their focus is in the DIY sector, with products aimed at model making, craft, sculpture and small home projects.

This project was to come up with a new product range for Dremel that broke this mould, and took them into a new hobby related sector that they currently had no presence in.

The Dremel Air concept was the winning submission in a new product competition run by Dremel.

Overall, the challenge was very simple: to come up with a completely new product, in a new hobby related market. This wide scope though meant that a lot of work needed to be done to narrow down the focus of the design task. The hobby market can cover everything from baking to paper craft, so finding a new area that Dremel were not present in, but in which they could successfully enter was a challenge.

There are expected values that a Dremel product holds, and ones which a user of Dremel products expects. Durability, ease of use, adaptability. All of these needed to be taken into account when designing a new product.

Dremel has an incredibly strong brand and presence in the market. In addition to their colour scheme, there are elements of all of the products that can uniquely identify an item from their range. This product was to be no different.

A long period of research and concept brainstorming resulted in the target area: painting. This led to in depth research into the market, including competitor analysis, user interviews and technology investigation.

With the nature of the product defined, ergonomic study was done particularly on the stylus and how it could be best designed for the range of possible users and scenarios. This was then modelled and 3D printed before final concept proposals were made. 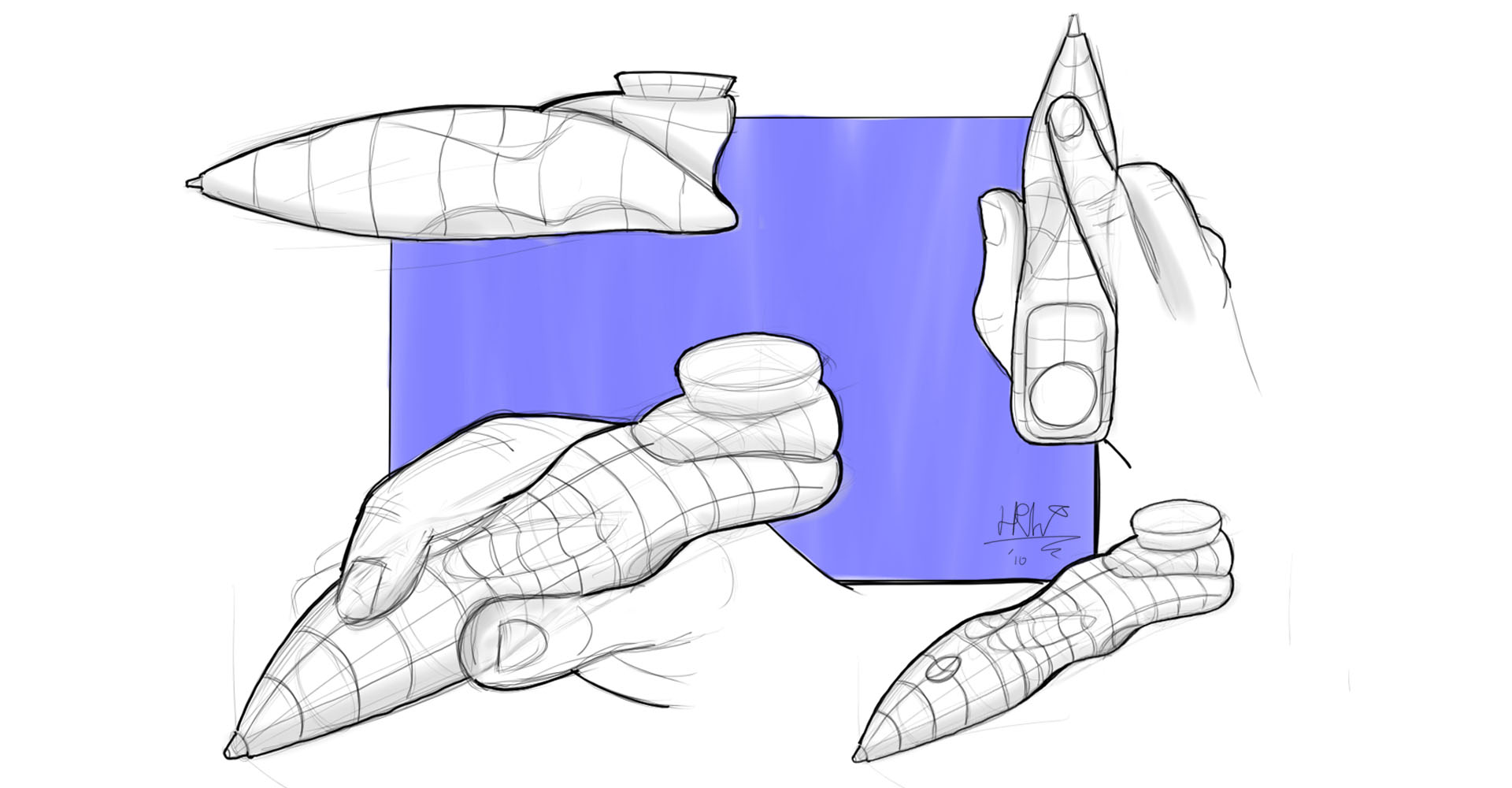 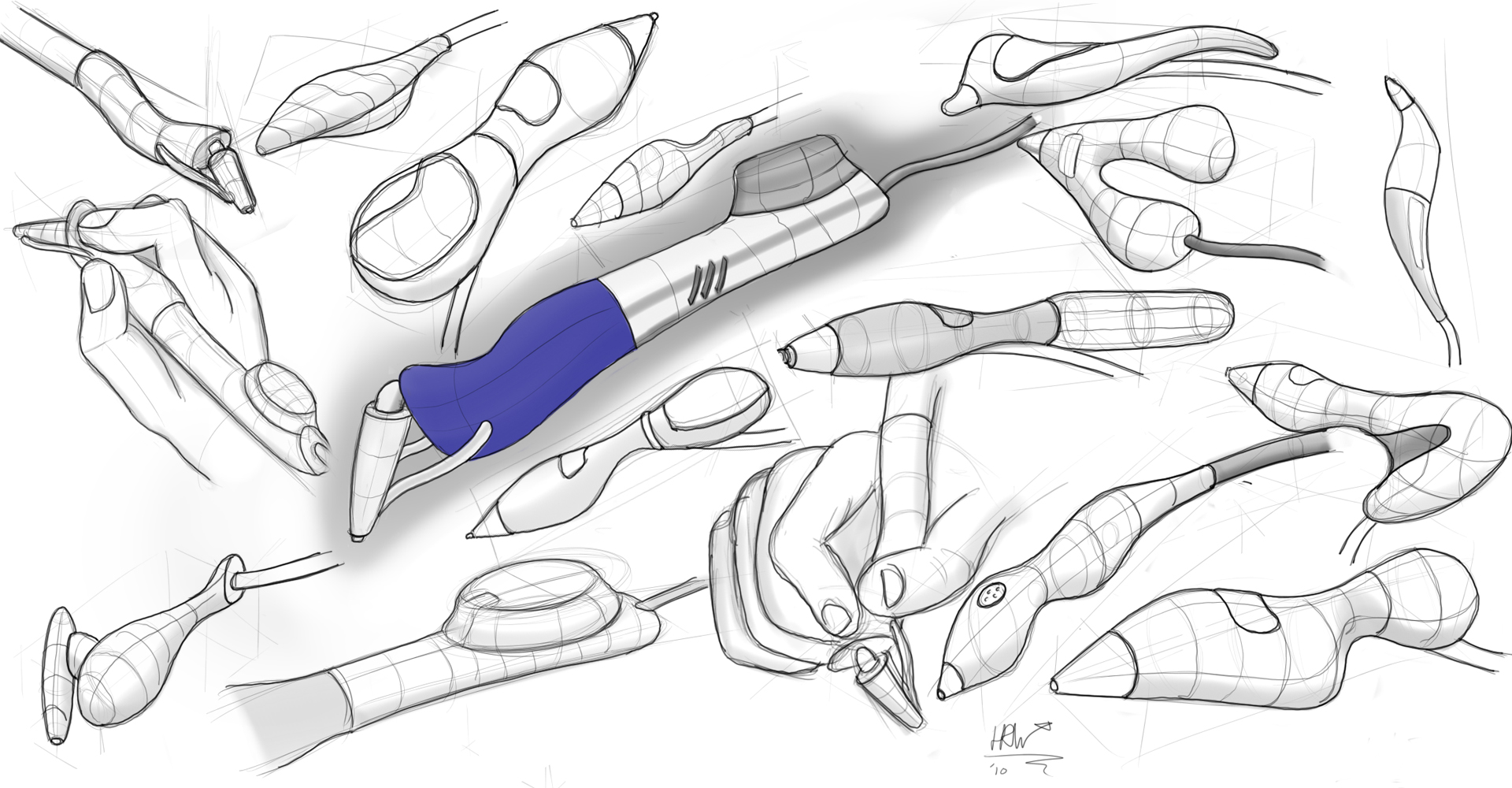 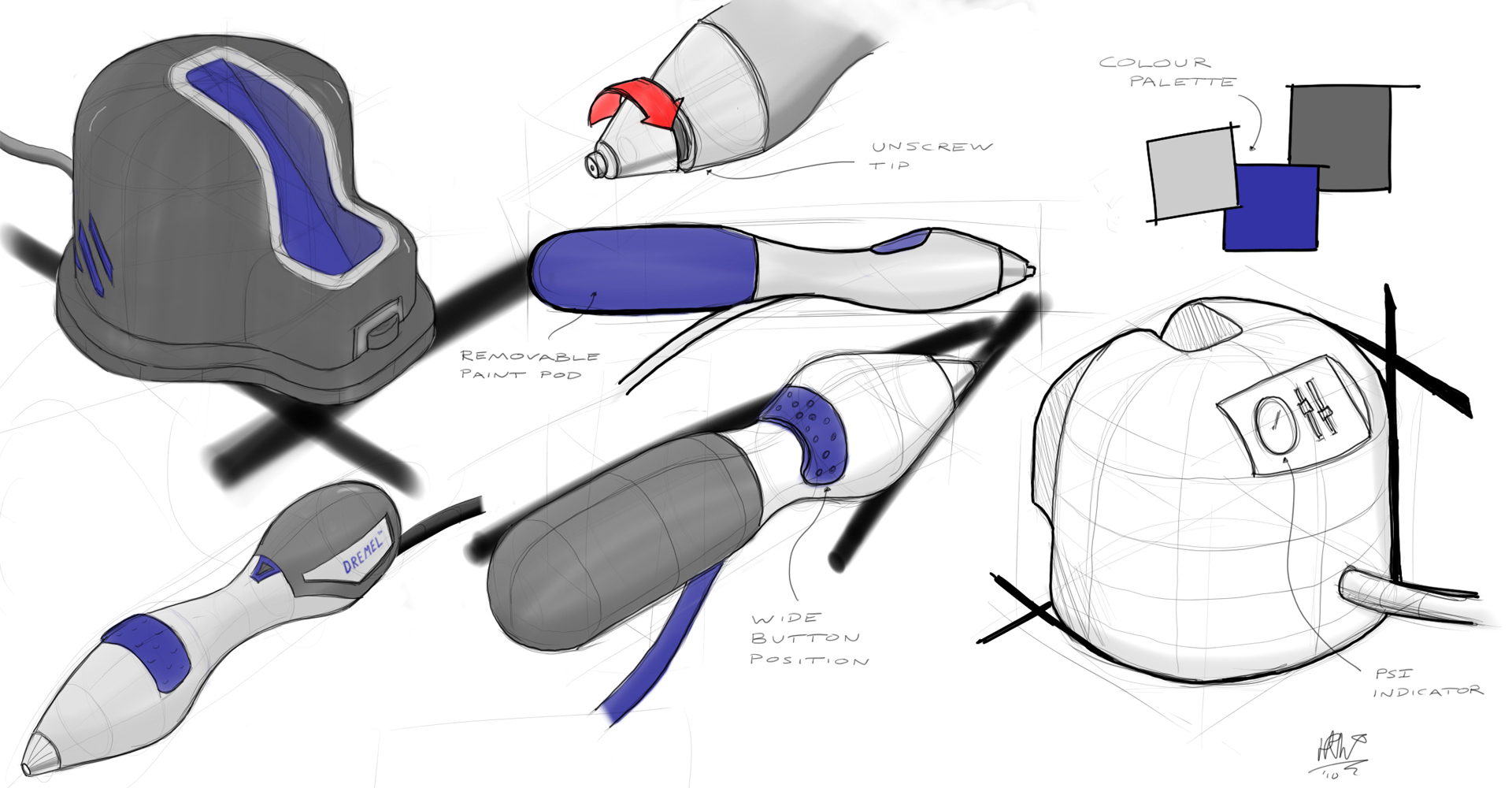 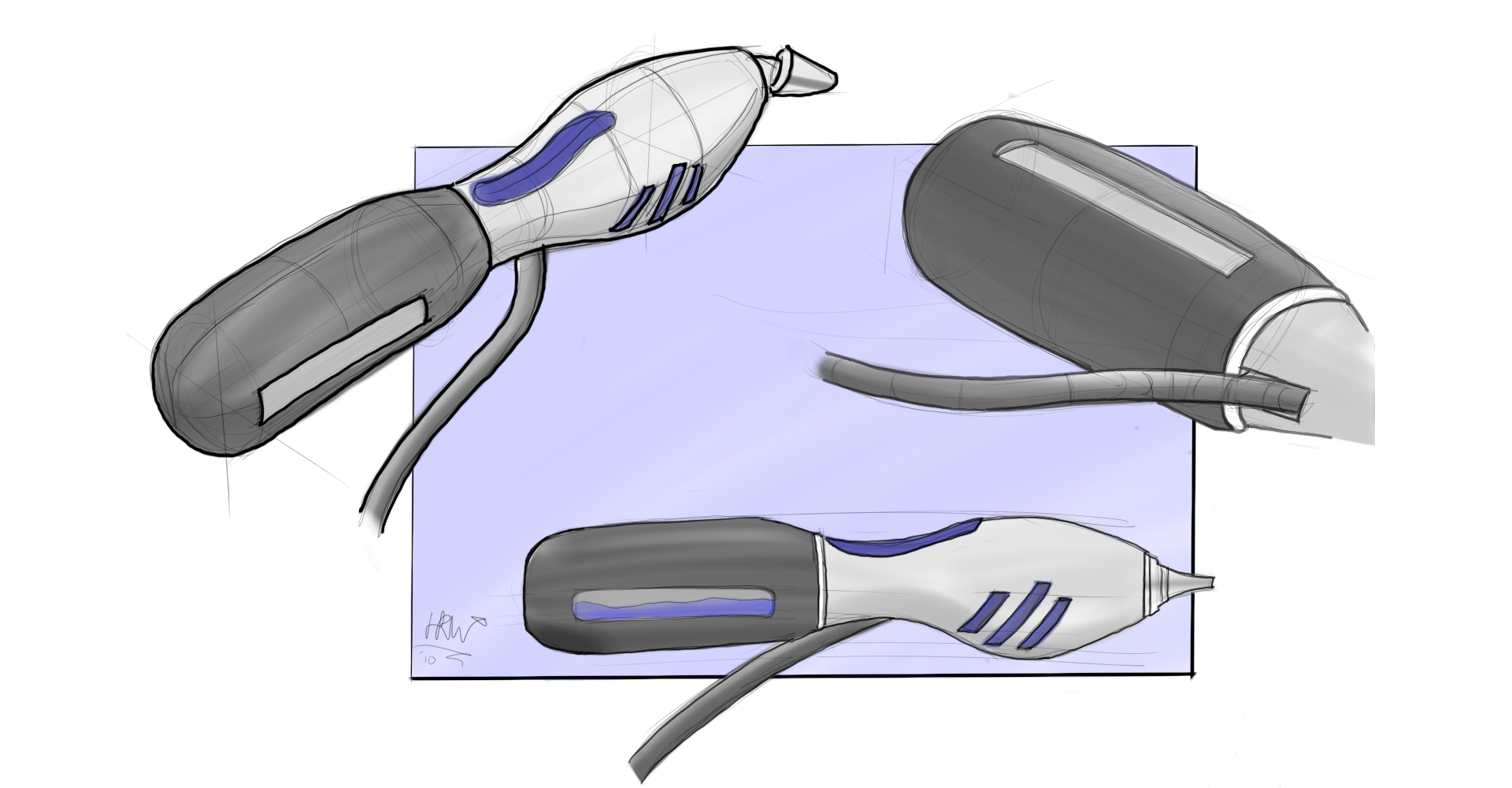 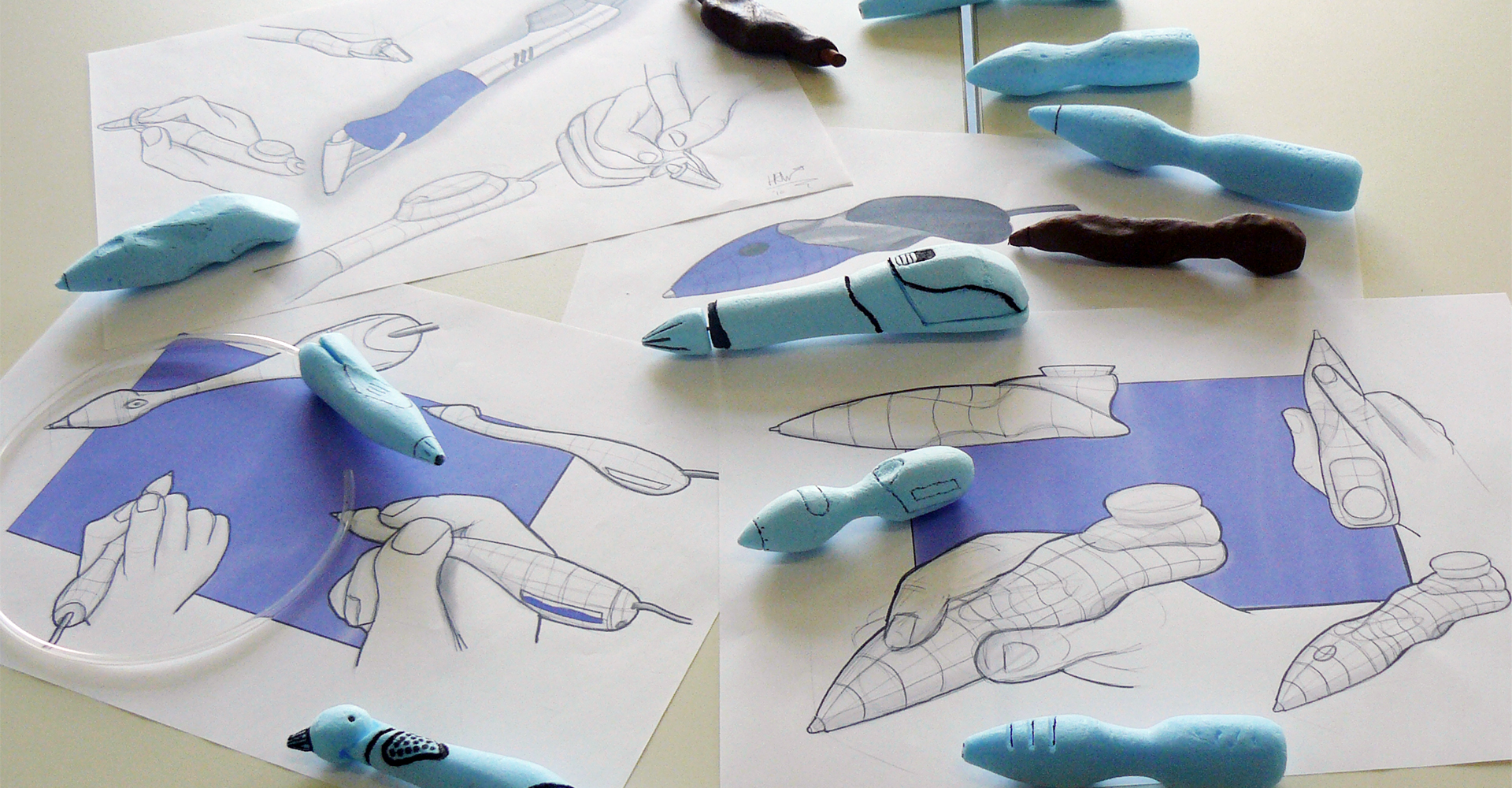 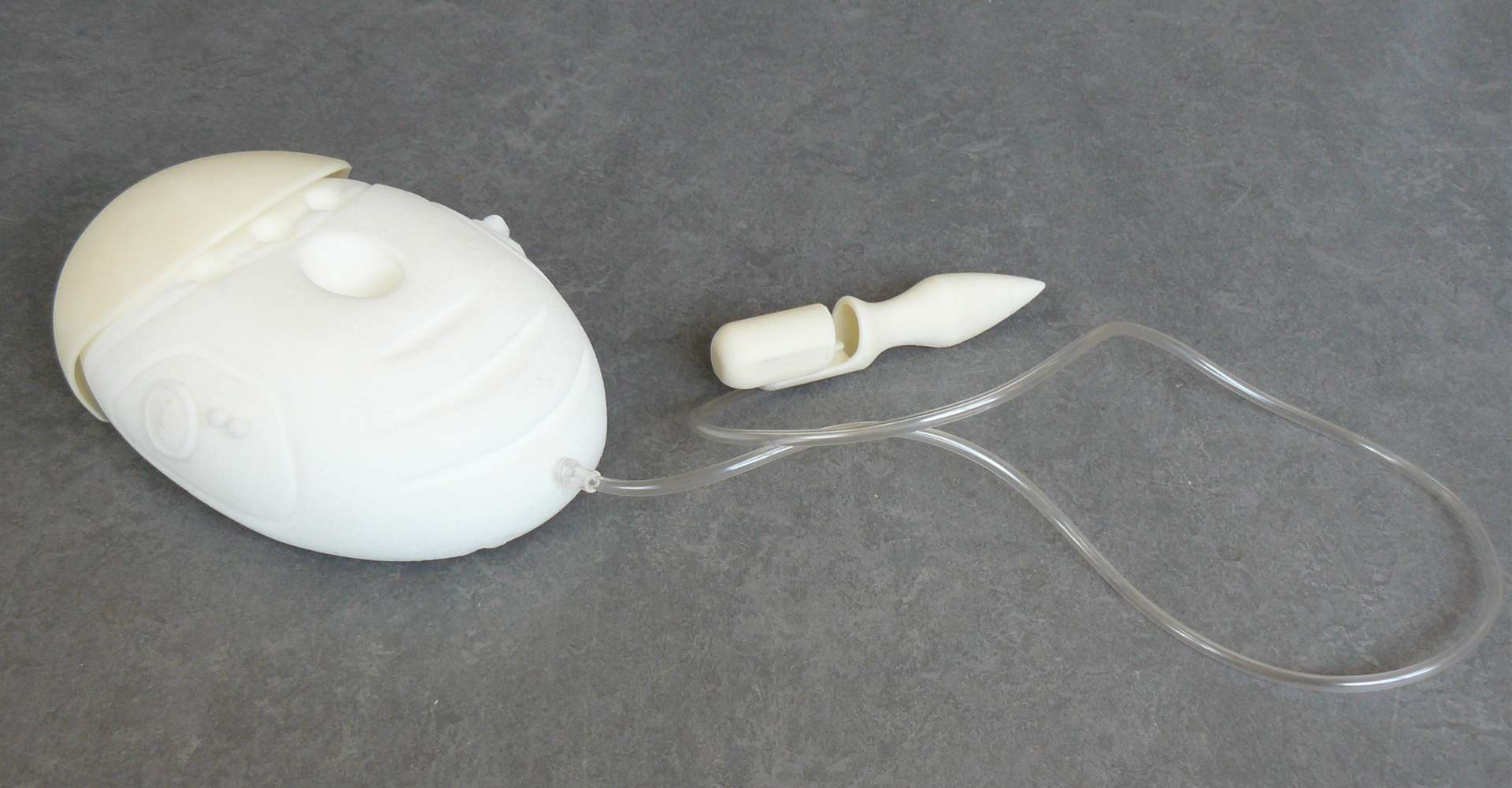 The ‘Dremel Air’ concept was that of a portable spray painting tool. The product maintained all of the brand aesthetics of Dremel, whilst bringing them into a market which they had no presence in. The product itself had two main components:

The shell – This contained the compressor for the spray gun. It had a slide cover which hid the various nozzles of the stylus for storage and transportation. It also had a removable drip tray for cleaning, and a holster in the centre for the stylus which was angled to allow the shell to be placed either horizontally or vertically.

The stylus – The ergonomic end of the spray system, this featured changeable nozzles for different spray effects. The stylus also used interchangeable ‘paint pods’ so that a user could quickly swap out different colours when painting. 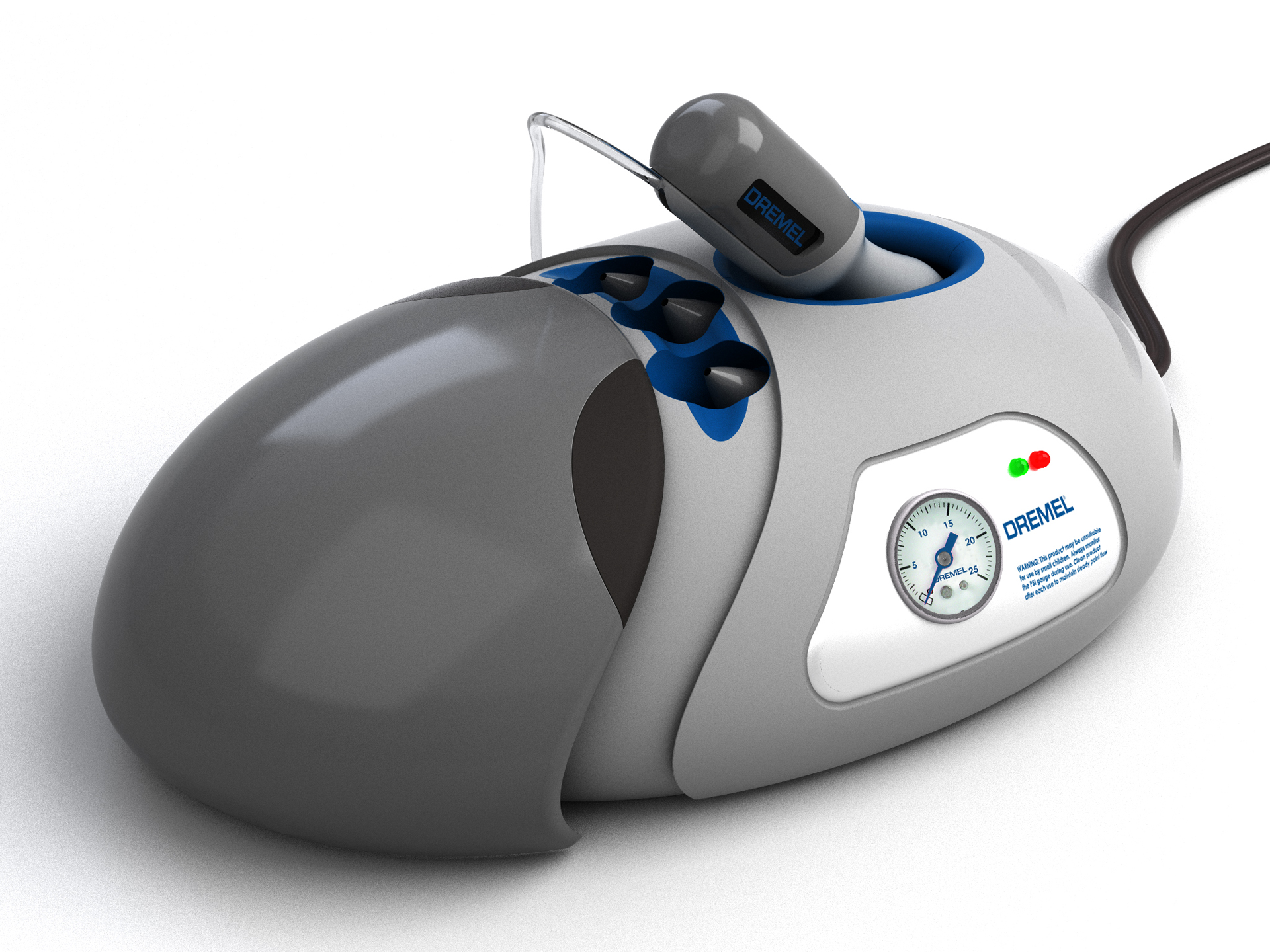 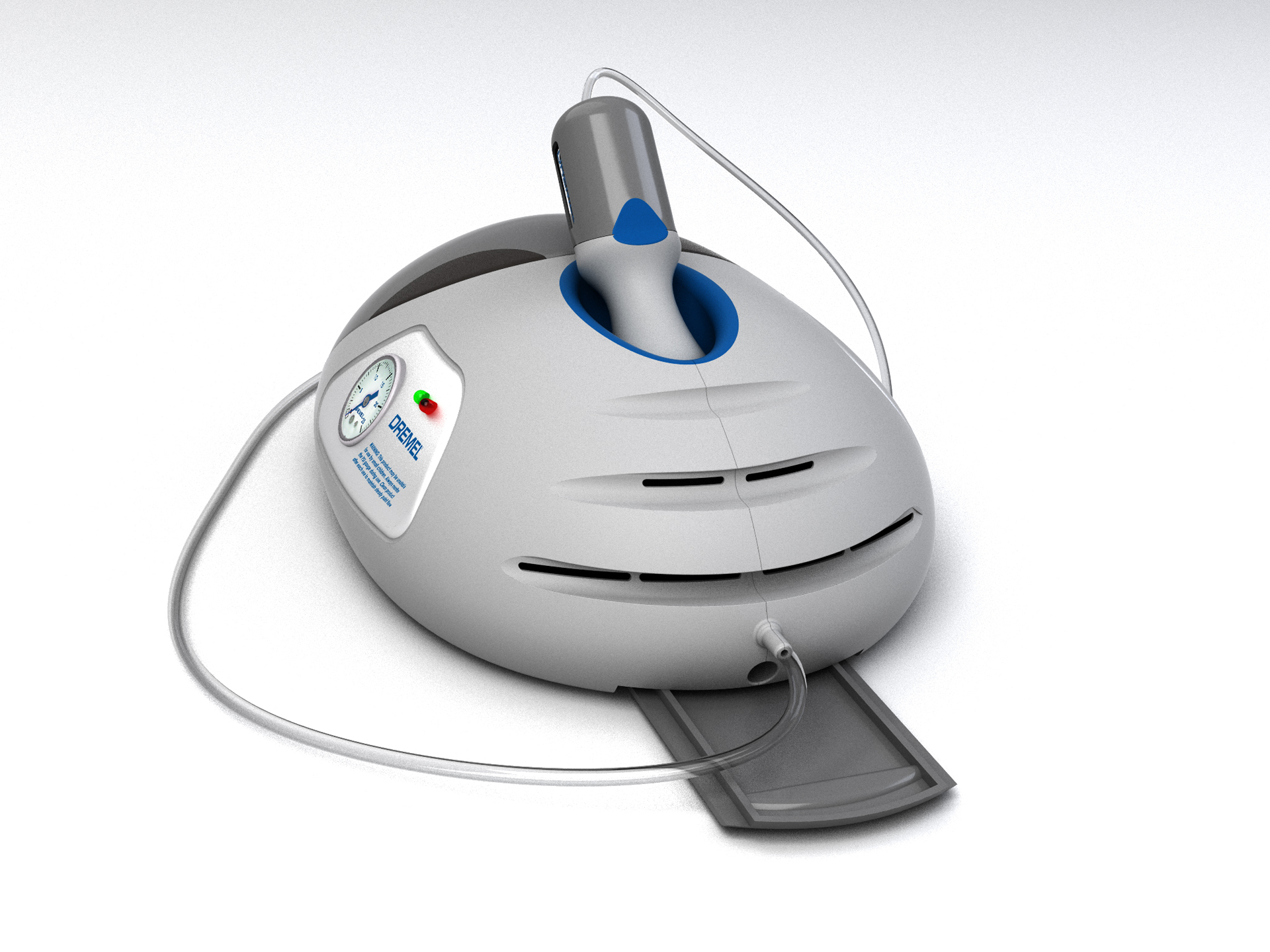 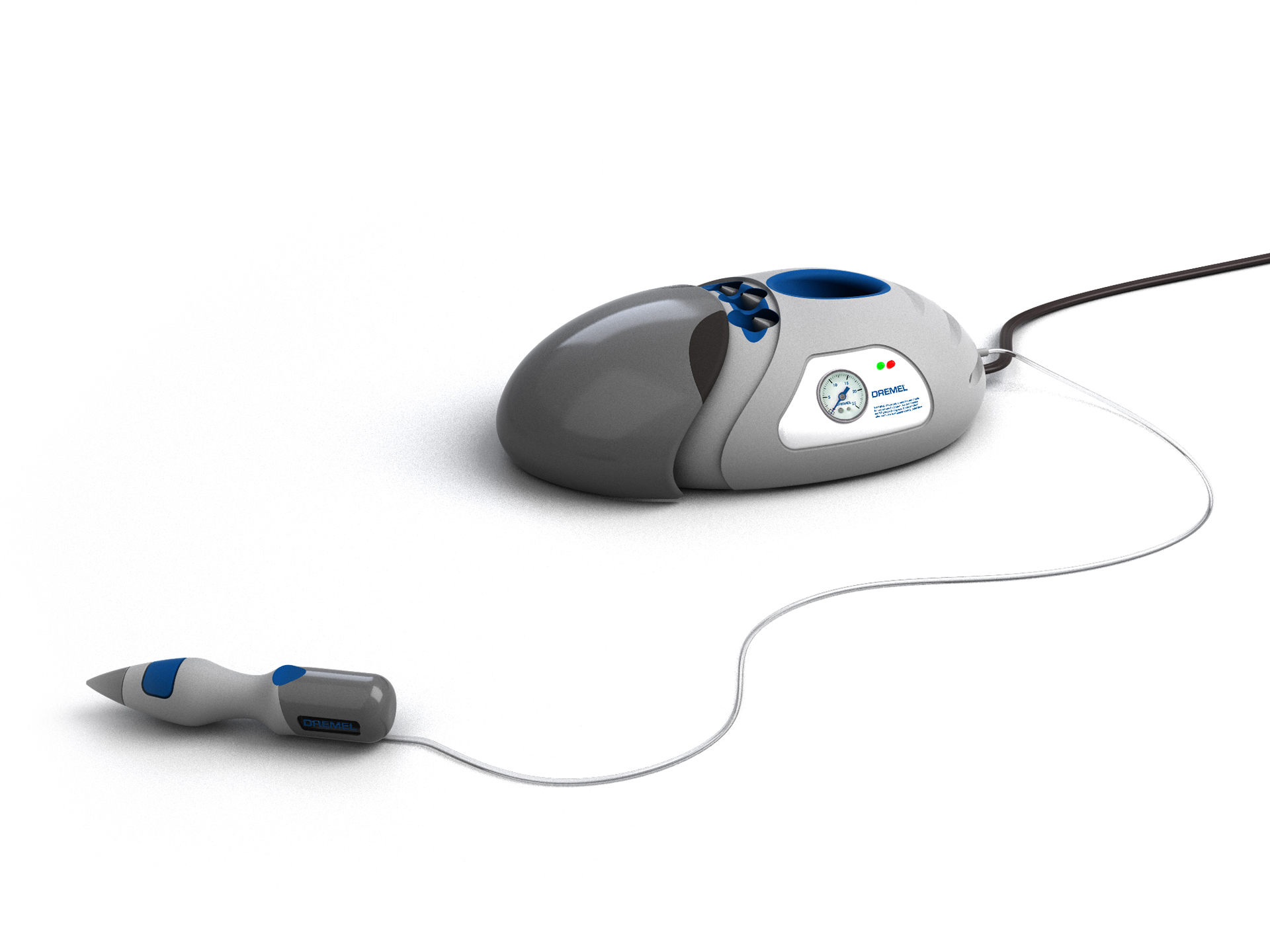 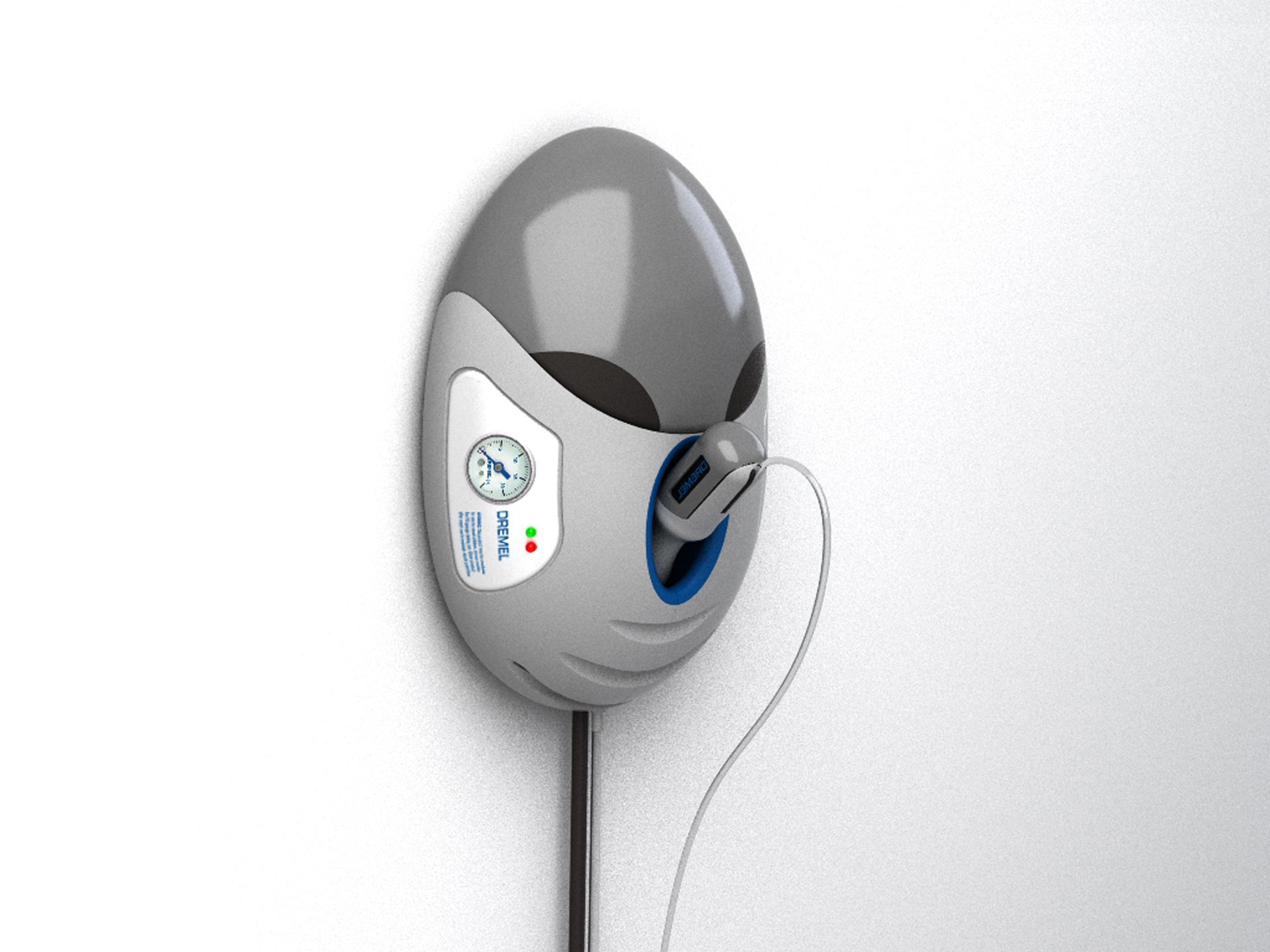 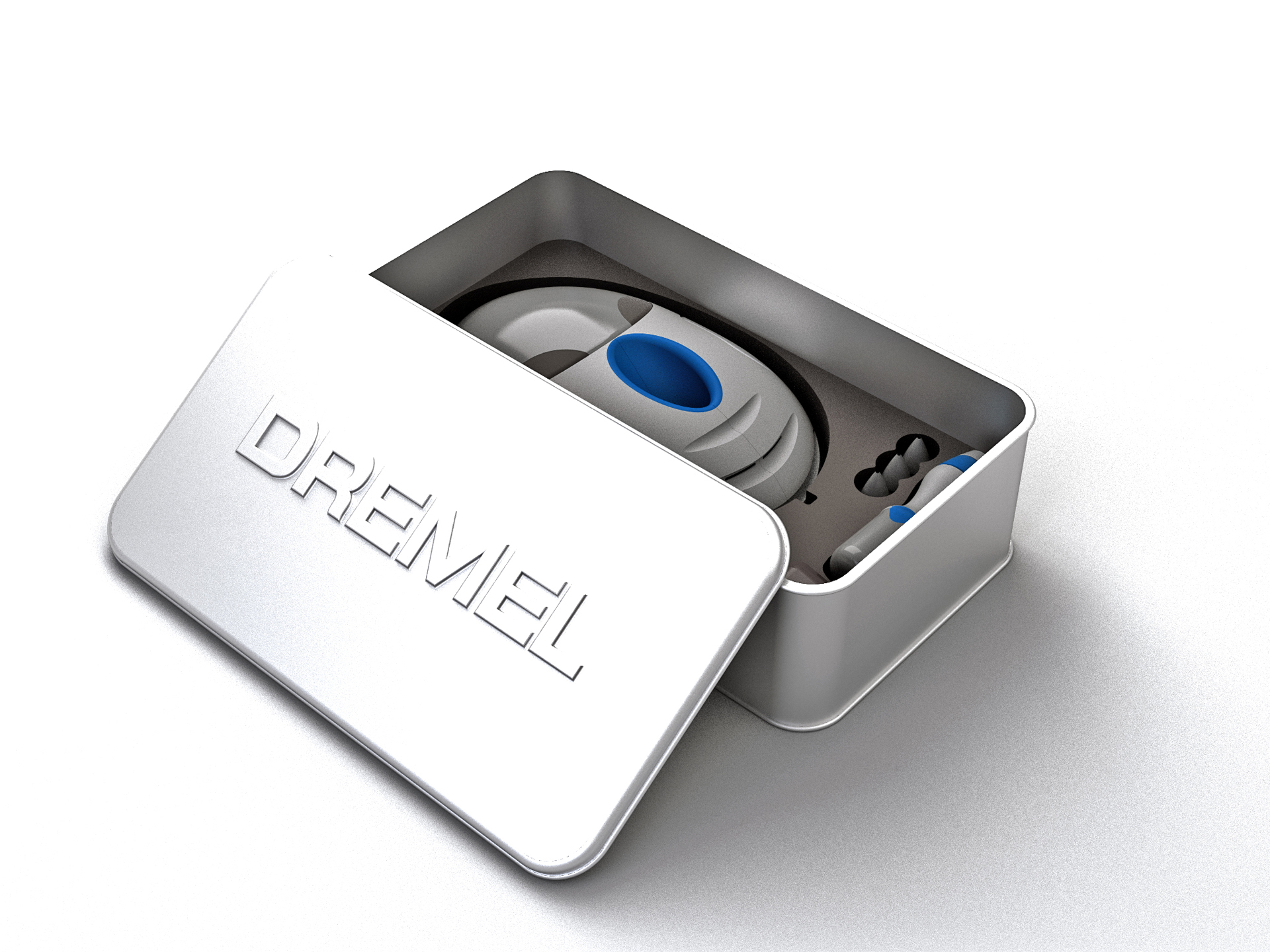